How to Talk to Your Children About the Election 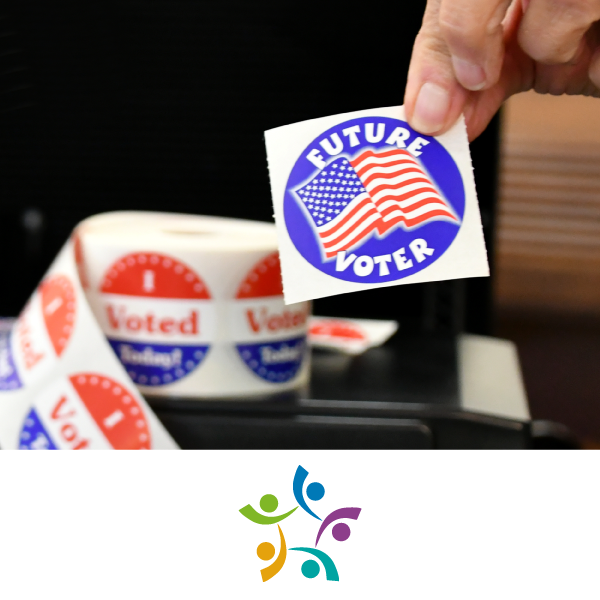 A colleague relates that, while waiting at the school bus stop in 1973, some of the other kids were chanting, “Nixon picks his nose… Nixon picks his nose…” Another relates being stunned when, in the late ’90s, his young son stated firmly, “I HATE Bill Clinton!” When asked why, the answer, dripping with venom, was, “HE LIED!!!” And yet another tells of a memory from 2008 where she was confused by a group of children who were playing a game and began taunting one child, “Don’t be such a Sarah Palin.” Curiosity piqued, and our colleague found out that the child needed to leave and the taunts about Sarah Palin were implying that the child was a quitter. Ah well, kids will be kids… right?

How Do I Teach the Emotional Ups and Downs of an Entire Society?

Many parents, exhausted from trying to explain current events to their kids, are having the same thought: “You know, I could really use a month without any (expletive deleted) “teaching moments!” Sorry, folks, this isn’t that month. However, we at HAPPÉ understand and want to contribute to your sanity. Below are some tips for talking to kids about the state of the USA.

But first, let us offer you some acknowledgement that you are doing a really hard job right now. Parenting under the best of circumstances is exhausting. Parenting in the age of social media peer pressure, partisan anger, and pandemic uncertainty is an act of courage requiring Herculean effort. Knowing how to frame these events of late for our kids is difficult, but essential. Our kids look to us for guidance, especially now. You can do it!

Kids tend to see things as black or white, especially younger kids. Before they develop nuance and can understand degrees of “badness,” they struggle to know how to categorize events and ideas. That’s why kids’ movies tend to have very identifiable “bad guys.” If you can, find a time that you can speak with them calmly and without interruption. Family discussions are good, and probably inevitable, but try to give individual attention as well. Younger kids will be especially hesitant to express fear and confusion with older siblings present. Create an atmosphere of safety where they can ask questions and express their feelings.

Three questions that we strongly encourage are:

The important thing is to really listen and let them know that they are heard. Only then, can you very calmly address any scary rumors or misinformation they may have come across. Remember that what sounds ludicrous to you, seems very real to them, especially if they’ve heard it repeatedly from their friends. Remember to avoid making them feel “wrong.”

Is it Appropriate to talk to Your Child About Heavy Topics?

There are plenty of topics dividing the nation these days such as political division, Black Lives Matter, Fascism, immigration, and the pandemic response, and racism to name a few. Our kids see a lot of arguing between family members, co-workers, friends, and classmates. How do we talk to our kids who must be wondering, “Just what the heck is going on?”

Unfortunately, it is not possible to discuss today’s current events without some discussion of our nation’s painful history. How much you tell your children depends on many factors including their ages, emotional development, and temperament. Whatever you choose to share, keep it age appropriate and honest. It’s okay to say, “there’s more, but we can talk about that when you’re older.” Remind them that we’ve come a long way as a nation, and that it is okay to still have a long way to go. That’s not a bad thing! Remind them that, just like them, the nation is growing and learning as well.

We all bend the truth at times when it comes to our parenting. Santa Claus, the tooth fairy, the Easter bunny, etc., are common make-believe characters we happily enable. Bending the truth about the family pet’s death can be tempting: “Rusty is living at the Good Dog Retirement Farm.” It is even more tempting to avoid discussing some unfavorable aspects of our nation’s colonial history. Please don’t do it! It’s okay to hold off disclosing some of the more gruesome aspects until they’re older. After all, we don’t want nightmares. However, misrepresenting history, especially the nation’s racial history, is a bad idea. Later, as they learn the truth, they may feel betrayed. Learning that you lied about Santa Claus is part of growing up. Learning that you lied about slavery, or any of our other dark chapters such as the treatment of the Native Americans, may lead to a lack of trust.

Yes, we sound like a broken record, but it truly is up to us to model the behavior we want to see in our kids, especially during life’s ups and downs. So we need to be constantly and PERFECTLY in control, right? Of course not! Besides the honesty mentioned above, here’s where we discuss being honest with yourself.

Avoid venting in front of your child.

Angrily bashing the “other side” will tend to alienate your kids and dissuade them from discussing their own feelings. They may see you as similar to the scary images they see on TV and social media. Save your volatile moments for trusted friends, sympathetic relatives, or while out for a walk among the trees. Discuss your serious fears with your partner or licensed mental health professional. Don’t bottle it up, but don’t spew it on your kids either.

Avoid acting like everything is okay, if it is not.

Putting on a phony cheerfulness is akin to white-washing and kids see right through it. Kids know when we are stressed and never fail to assume it’s their fault.

Explain your emotions honestly and calmly.

It’s not so difficult, really, to be simultaneously honest and calm. It is very healthy for kids to know that we also get frightened, angry, frustrated, anxious, or disappointed and that we have our own ups and downs in life. However, addressing our emotions calmly is much different than acting them out. Saying, “Sometimes I feel a little angry at people who want to hurt our country” is much preferable to screaming at the TV. Admitting that you’re distracted or grouchy because you’re anxious or nervous about what’s happening is preferable to them assuming they did something wrong.

It’s helpful for kids’ social and emotional development to hear you naming your emotions. It lets them see that it’s normal to have these feelings and gives them an example of how someone manages their emotions. It’s also a great moment to teach another important aspect of emotion management: asking for help. Without making your emotion their problem, ask for a hug! Ask them to repeat a story where they had a challenge. “Remember that time?” Let them know that that’s how you’re feeling about a situation in your own life and hearing their story has helped. This builds introspection, confidence, and empathy!

Much has been made lately of “toxic positivity.” This is the idea of putting it all behind us and letting bygones be bygones, no matter the seriousness of a transgression. Remind them that being kind to others does not give others permission to be mean or unkind to them. Kids don’t really care about presidential politics, but they love to argue! Seeing adults lashing out at each other lately, or worse, emboldens kids to label each other as wrong or the “bad guy.” Of course you’ve taught your kids to be kind, to be diplomats. But do they know that bullies will often use that against them?

It’s important to remember that bullies are actually acting out from a place of pain and fear, and that the bully’s home life is probably more volatile during this volatile time. Bullies know who the doormats are and are likely to be even worse these days. Some questions to ask:

Giving your child an opportunity to discuss these difficult questions will embolden them to be the diplomat. It will also empower them to not let bad behavior be swept under the carpet. Shining a spotlight on a bully’s bad behavior and why they act like that helps them have empathy for the bully and the bully’s victims. It helps them differentiate between compassion and “idiot compassion.” It helps them know that they can choose to not play with kids who are bullies. And perhaps more importantly, it helps inoculate them against wanting to lash out at others who they see as having a different opinion than they have.

Give Them Some Tools

At HAPPÉ, we have programs to help kids with the ups and downs of the election, the inauguration, and the toxic environment they are navigating. The HAPPÉ programs make your child calmer, more positive, happier, and more confident.

Our Mission I’m Possible program is geared somewhat towards younger kids. These challenges dare kids to try out new experiences, reflect on and manage hard to express emotions, and make sure they are equipped with the skills to shape relationships in a positive and healthy way. They are designed to help kids build relationships, improve social skills, and gain more confidence.

Our Emotional Freedom Techniques (EFT) program will guide your child through the most effective stress reduction and anxiety management technique on the planet! EFT Tapping is backed by 20 years of clinical research and utilizes the strategic points on the head, face, and hands utilized by acupuncture, without the scary needles! It is a non-invasive, discrete way for your child to stimulate their amygdala, the part of the brain where emotions are given meaning and remembered, creating emotional memories. Using tapping on these strategic points stimulates the amygdala to send a calming effect during times of stress or anxiety.

Just as we want to avoid having the news on 24/7, we don’t want to stick our heads in the sand. However, a good distraction is highly recommended. There are many kids’ programs, books, and activities that you can do together to give your body and soul a much-needed break from all the drama. We’re partial to SpongeBob as it is not only entertaining, but educational as well. Who else has the courage to exhort us with such sage wisdom as: “Remember, licking doorknobs on other planets is illegal!”

Takeaways for Dealing with the Ups and Downs of the Election

Feel free to contact us with any comments or questions you may have. Generally, we respond to emails within two business days. And if you found this blog post interesting, please feel free to share it on your social media!